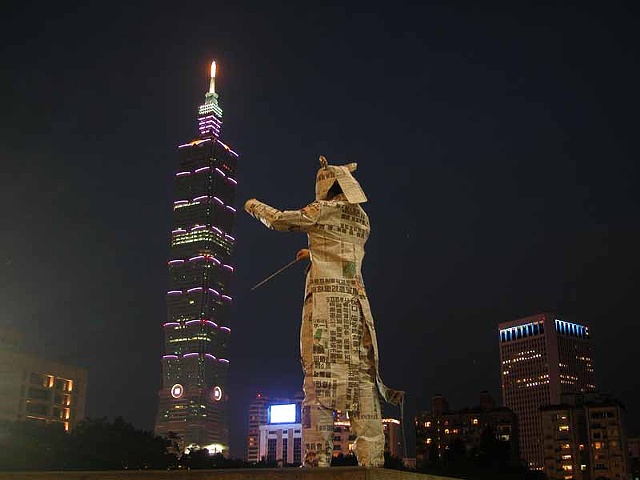 The video was shot in front of downtown Taipei City, including government buildings and the modern culture center of the city’s east district. In the video, a conductor waves a baton like in a concert and the tuxedo seems very formal. Actually, the tuxedo is sewn of many pieces of newspaper that show headlines and articles about politics. The “music” changes with the movement of the conductor, playing a soundtrack that was recorded from television and radio royed almost immediately after they’re finished. This situation is similar with decisions sometimes made by the government. My response is to scoff and jeer at our society.