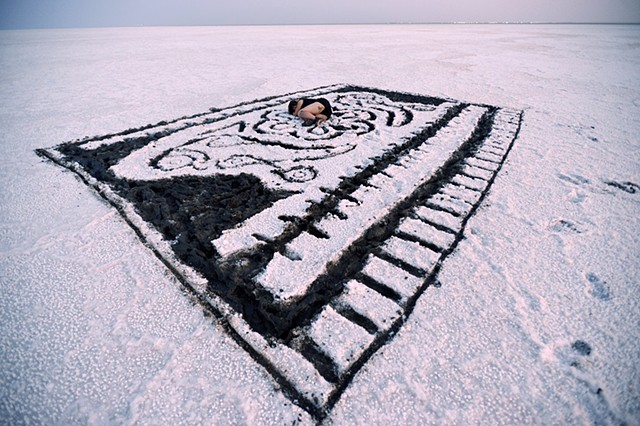 In the far north of Kutch that extends to the border of Pakistan.

Back in November 2015, I attended the “Global Nomadic Art Project” in India. I experienced short-term nomadic life at Kutch county in the north part of Gujarat in the north-eastern India. A white desert in its north region borders on Pakistan. In rainy season, the desert would become wet lands while it would be covered with thick crystalline salt due to the parched weather in dry season. Dark earth would emerge out of broken sheet of crystalline salt. The toil from stepping on crystalline salt on the ground is epitomized through patterns of traditional female clothing of local tribe, Vandh. The textures of flowers and birds were linked with nature. Also, these threads reflected human’s respect for nature. Thus, the desert carpet was created to communicate with nature.